Africa is known to be blessed with numerous natural minerals and rich soils, and there are multiple locations in many countries where you can find these minerals in unimaginable quantities. In fact, Africa is a home to the major amount of mineral deposits of the world, and this makes room for more natural resource industries in the world, to be located in Africa. While the continent may not be as rich in other things, it is clearly extremely fertile and wealthy in terms of natural mineral resources.

NUMBER 3. DEMOCRATIC REPUBLIC OF CONGO
Democratic Republic of Congo is rich in copper, cobalt, diamond, oil, coltan, gold, and tin. DRC has one of the richest deposits of mineral resources. Since 1960, DRC has been known for its mineralization as one of the most industrialized countries in Africa. In 2010, the government made a decision to suspend the mining of minerals because they had to investigate the legality of the treasure theft. In 2011, about twenty foreign mining enterprises were functioning in the country. DRC is endowed with oil, copper, coltan, cobalt, gold, diamonds, and other natural minerals.

NUMBER 2.NAMIBIA
Namibia is rich in uranium, diamonds, zinc, lead, sulphur, salt, tantalite, and copper. Here is another country which is a productive uranium supplier. In fact, it proudly holds the fourth place in the world for uranium export. China’s biggest investment on the African continent is their mining company in Namibia, which specializes in uranium. It is estimated that 15 million pounds of uranium oxide can be produced out of the Namibian resources. International companies are invested in the country’s uranium resources for the production of energy. Uranium was first discovered in the desert of Namibia, and its exploration began in 1960.

NUMBER 1.SOUTH AFRICA
South Africa is rich in diamonds and gold. The whole world is aware that South Africa’s economy has risen in the past couple of decades because of its rich mineral industry, especially the natural resources of precious minerals. There are large amounts of diamonds and gold deposited in South Africa, and they have really contributed to the nation’s development. The mineral industry adds 20% to GDP of South Africa annually, and the income per year is approximately 55 billion dollars. Apart from gold and diamonds, which South Africa is so popular for, there is a plenty of other minerals like platinum, copper, uranium, vanadium, coal, chromium, iron, zirconium, nickel, and many others. South Africa is surely a wealthy country in mineral resources, which the nation owes its development to. 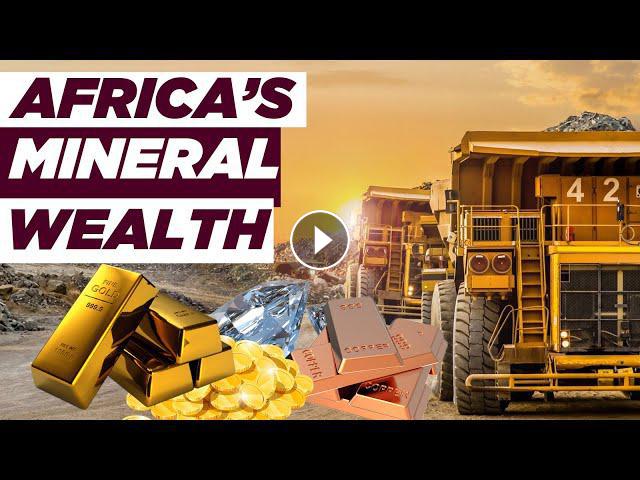 RICHEST AFRICAN COUNTRIES IN TERMS OF NATURAL RESOURCESAfrica is known to be blessed with numerous natural minerals and rich soils, and there are mult...